Showing posts from 2016
Show all

The hundred day of this government was very much celebrated. Yet, did you know today we are counting the 139th day since the Audit report of the largest corruption ever in the nation was published. I am talking about this because I belong to this nation, and I am talking about a MVR1.22 billion taken out of the state. Well, in a nation where in 2016 the na tional budget was MVR 27 billion, and we are saying 4.5% of the national budget equivalent was taken by one corruption scandal.  As per the government of President Mr. Yamin, this was the notorious act of then his vice president Mr. Ahmed Adheeb.  However, there are reason why, I as a son of this nation feel disturbed. There are reason to be concerned of as I am talking of the money that does not belong to any one or any family, but rather belong to every citizen of this beloved nation.  Interestingly, according to the audit report, the one reason why a corruption of this scale occurred was due to ignoring of the
Read more 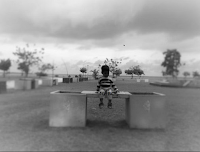 My dear son, Today we live in an ever changing world, where you need to always hope for the best and expect the worst. You got to be ready to face very many unexpected things in life, yet always remember that you have a future ahead of you. Nothing other than the taste of death is a reason to stop going. You got to go ahead regardless of any hindrance you may face or your frustrations telling you that its time to give up. Today, finding the right path is a tough a job than finding water in a desert. Remember. Truth is always truth no matter what. One lie that you makes will lead to you having to repeat it several more times in life. Never choose to end up your life in that viscous cycle. The worst lie to utter in a humans life will be to deny the truth of Islam. The most true statement you could say is "There is no god but Allah. Mohamed is the messenger of Allah". Fashion and trends are a big thing is today's world. You can follow the fashions and trends, but al
Read more

A greater reminder to the greater president

Neither a  poem am I going to write, nor a poet an I!! Let me keep this as simple as this. I am a Muslim, and I believe it is very important to remind when something doesn't seem to be going so well. Reminder is important.  Well, especially when you live in a country where your  president did not remember to check on the "gifts" he gets..when he was unable to find that his very vice president made the largest ever corruption in nation. And when he says he was not sure if he offered a luxury apartment to the Anti Corruption Commission head.  We need to keep reminding that we are  a one nation and we by our constitution needs to be dealt equally. I spend sometime to read and find, if anywhere a "Greater Male' region" is mentioned in our constition. And in the process I found 2 important points in Chapter 2 (Fundamental Rights and Freedoms) of the constitution. Now Here is my reminder to my our presdient. Mr President. Dear Sir, Your the elected preside
Read more

An Evening with Professor Ugail 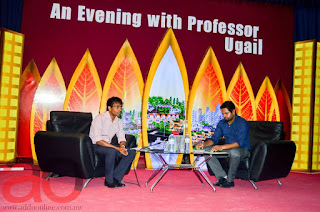 Last night I got the opportunity to listen to the very inspiring and informative session at Sharafuddin School, by Professor Ugail. Surely I did not even once thought that the programme will be marked as one of the largest gathering for a public lecture in Addu City recently. A lot of information, experience and advice were shared by the Professor and I thought to post on few point that I noticed very interesting or informative. I am not claiming to give you a summary of his lecture or rather discussion. As a student in Nooraanee School he explained having used black boot painted in white for a year just because that was the only option he had. Now, for us, the Maldivians, education is free, exam fees are free, a voucher for purchasing school items are given. Could this be one reason education is not so well valued by the present generations? Just what I thought while sitting there. The importance of reading, was another point Prof. Ugail highlighted. He advised to make readi
Read more
More posts