Showing posts from March, 2011
Show all

A mega flight with mega idiots. 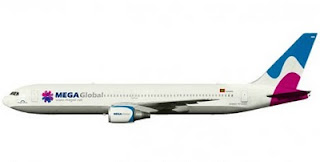 After almost one hour of delay, we were asked to board the plane. Tired after having to wait so long, I was in a hurry to go and take my seat. Everything settled after around 10 mins. All were on board and the plane was about to take off. A big plane with almost 220 or so people will not be just a simple thing. Surely there will be different types of people whom we could come across. Let me share what I saw. Ok, There were three guys. One of them could be in his mid 40s, and the other 2 in early 30s. Just few seconds after they got into the plane, they found a switch. "Hey what is this, there is a person drawn." the next person replied, that it must be something to "call those people"( cabin crew). They three observed this and decided to press it. WOW, there she came and said "kon kameh thoa beynun fulhu vanee" I just checked the switch. He replied confidently. She gave a smile and went off. It was then the captain announced that due to the traffic, w
Read more
More posts