Showing posts from December, 2009
Show all

Did DRP make a mistake?

The past few days, we saw some big dramas played in our Parliament in the name of protecting the people's rights. Two parties were on two extremely different sides and each claimed they were toiling for the good of the people. I just thought....OK this is the so called dirty politics. Now, that government has decided to withdraw the bill on decentralization, question is who lost and who won? The bill is at first has proved that government has still to lobby the opposition if they were ever to get through the Parliament. At the same time, it also has proved to the opposition that a mere majority does not make them the boss of Parliament either. This could mean a postpone in council elections. That could be a turning point of the picture. I think, DRP will be better off, had they allowed this to get through Parliament. The reasons are simple. MDP led government has already established provinces. Very honestly, the provinces have not been performing as promising as many people
Read more 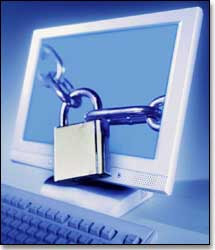 Internet- The way its meant to be. This is the mission statement of one of the two Internet service providers in Maldives. Rajje Online. They are talking about providing Internet services in the way it's meant to be. I am going to talk about using the Internet in the way its meant to be. Internet for me looks like an environment. In this environment you could see, and find almost everything. Good or bad. And you could roam around in this environment in a way that you prefer. The big question is, are we using this wisely? Do we really do anything productive when we spend hours and hours on Internet? Surely not. Lets not talk about 'opening' the door of this world-Internet to kids without any supervision as it is too general a reality though it is a totally big mistake. Forgetting the kids, are the elders using Internet properly? Very frankly, I don't think so. One of the applications, or I guess a social community very much used by many Maldivians is facebook.
Read more
More posts