Showing posts from July, 2010
Show all

Tomorrow, we mark the 45 th Independence Day of our beloved nation. Let me wish every Maldivian, a very happy Independence Day, 2010. As we mark our 45 th Independence Day, there are two questions that comes to my mind. 1. Is 26 th July our Independence Day? 2. Are we independent? The first question, I have already discussed why I have the question in my mind, in an article I wrote on 4 th August 2008. The second question is are we independent? Back in the era of colonialism, if a nation is not under a colonial power, we say the country is independent. Today, however, those days passed. We are in 21st century. If then, there is no single reason to say that the definition and the meaning of independence should be as it was before. Today, a nation could be real independent, if she can have the sustainability and ability to govern the nation, its people and its problems. Today, we say freedom of people, human rights, media etc... are also pillars of a free nation
Read more 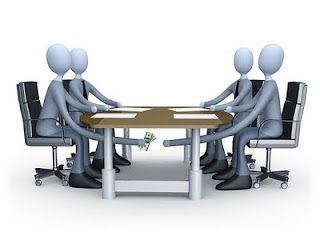 Last Tuesday, we saw the sudden resignation of the whole cabinet of Maldives leaving President Mr. Mohamed Nasheed and his vice Dr. Mohamed Waheedh Hassan Manik alone in the cabinet. Many says it is a planned media stunt. I don't care. What disturbs me is, why did this happen? What went so wrong? Why did the country move a step backwards in our process to reach a matured democratic nation? The MDP stand: The MDP or the present government says that the Parliament has failed to act in the interest of the nation and are trying to implement a selfish agenda, thus forcing the cabinet to resign. They say there is the dirty acts of corruption and bribery among some members of Parliament, specially some opposition members. Mr. Gasim Ibrahim (one of the richest man in the nation) the Jomhuree Party President, Mr. Abdulla Yameen Abdul Gayyom, the People's Alliance president( a half brother of former president Mr. Maumoon Abdul Gayyoom) who also is said to be having a huge wealth are sa
Read more
More posts