Showing posts from March, 2009
Show all

I Told You so

On 7th August 2008, the day we got the new(ratified) constitution, I told you that there were Too many fouls in the first half I too said that we must play the second half in a more meaningful and responsible way. What are we doing now? Are we performing well enough? The government The most important point about the government after the adoption of new Constitution is that the government has changed. The then opposition MDP is now heading the government and the DRP has moved from government to opposition. The question is how the government is doing so far. Rather than going for a very narrow judgment, let me share certain facts about the new government. The government has increased the salary of all civil servants. Thank you Anni. There is a councilor for almost every island and atoll, all of whom are political appointees. oh Is this another gang to control vote boxes? There are appointed member in the Majlis from this government too. They came from roof I guess rather than from
Read more

They say that tomorrow, the 2nd of Rabi Ul Aakhir was the day Maldives embraced Islam. Just one simple question. How did you know? Firstly, whether we like it or not, our country is a nation with a very little, evidence based history. Most of the history comes to us from the least authentic evidence in finding history which is folk evidence. There are hardly few archaeological evidence or documentary evidence found. If any such is found its mostly a piece of a temple or some idols, which of cause tells nothing about embracing Islam. Second, even if there is any thing that we know from history, it is true that our history is very much "an edited story". There are very much biased events and logically unacceptable happenings. The famous Rannamaari which is been taught in our schools till date is one such story. And in this 21st century we are been asked to believe that and say its time to celebrate embracing Islam. More over, a teacher of mine, told me that if the Center
Read more

Let me put my idea without going around the bush. ON November 11th 2008, after taking the office, President Nasheed handed over the Home ministy to Mr Gasim Ibrahim due to several reasons. { for the information of you, it includes the following. He is the rich business man Buruma. He is the leader of Jumhooree Party. He was the second last Finance minister of the Maumoon government. He was a key player of the Yathan edhey gothah. He was an important figure in opposition and also he had the promised job of home ministry} ANNOUNCEMENT: Mr. Gasim was able stay in office for only 22 days. And since then THERE IS NO HOME MINISTER IN THE COUNTRY. President seems to find very hard to select some one because a good cast to the post is so rare. Thus, it will be a good idea to open up the opportunity to apply to become the Home minister of the country. (maybe an international bid is better:P) Then life of our president will be easier. Come on. We need to do something like this, there is
Read more Maybe I wrote too much on politics. So thought to have a change. Here I'd like to share a photo of the expansion project that is planned to be carried out in Makka, the holy land of Muslims and expected to be completed by around 2020. This is a model of how the Masjidhul Haram may look like after the expansion. Lets hope the project goes as planned. I saw this on Iqraa site
Read more

Theemuge (The Presidential Palace) for rent. 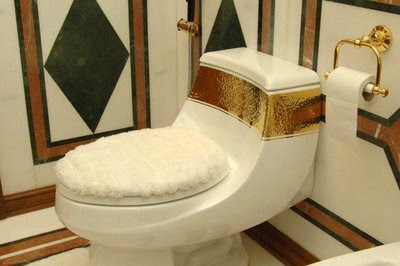 The government has changed. The new government says they don't wont big palaces anymore(of cause not any bigger than Muleeaage+ Hilaaleege). The economy is not very stable, yet people are demanding fore more salary, more development and more of everything that they wish to have. Government say they don't have enough money because the former government was too much corrupted and wasting. I have an idea!! How about giving Theemuge for rent to an international Hotel group??? I say this after getting an email today in which I got nearly 40 different photos of the famous expensive palace of Maldives. There is no need to keep these things untouched. Rather we could make use of them in a more productive way than opening a few offices in here. Why spend when we can get???? You may say I am crazy to talk about giving our prestigious presidential palace for rent. True. But I am not stupid enough to hope to see our foreign minster once again becoming our Begging minister eit
Read more

The world economy is in a crisis. Economists says this cant be fixed over night. At the very same time we, the Maldivians are facing very tough days ahead when it comes to our own economy. Today in the opening ceremony of the People's Majils, President Mr. Nasheedh directly or indirectly warned of difficult days that we may face. Last Year we saw the oil prices reached record high levels. This is the sources of energy that we use in Maldives. Also prices are expected to raise in future. Already we have electricity shortages in the capital Male', with at least two blackout in these two days. Tourism is declining in Maldives as the number of tourists visiting falls. The World Tourism Organization predicts a slow down in the tourism of this region if not a decline. When All these things comes to my mind, I just wonder if we should keep quiet to see the wave comes and washe away our future. I think we need to do something. Maybe a long term actions will pay off. As the oil pric
Read more 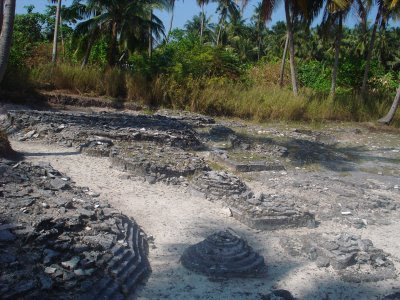 This weekend I got a chance to visit K. Kaashidhoo. I expected it to be a small island if not very small. At least that's what I heard. But, when I went I found that Kaashidhoo was not a small island. Though not as big as Hithadhoo, Kaashidhoo sure is a big island. The most important place that I was shown was the Kaashidhoo Tharaagandu, which as far as I know is the ruins of an a temple used by the Maldivians before the people embraced Islam. This was a "protected" area in the island. There is controversy among some Maldivians now on whether we should protect such a place as a historical place or not. I don't know. I am not going to comment on that issue, at least not now. Maybe you can give your views on whether we need to protect such places or not. All I wanted was to share a photo of this historical Tharaagandu with the readers of my blog.
Read more
More posts