Do I hear a BANG?

A beautiful nation. A nation of peace and love. A nation with  a smile to very visitor. That was our Maldives.


Nearly 20 years back, if someone hits another person, it became a very big issue. An issue discussed a lot among elders. And indeed they made sure kids doesn't hear those "bad" stories. And today? Nearly every month, we hear of a murder, almost everyday we come across gang fights. This shows that things has change a lot more than we would ever wish it to change. 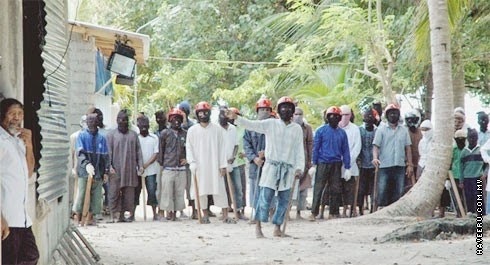 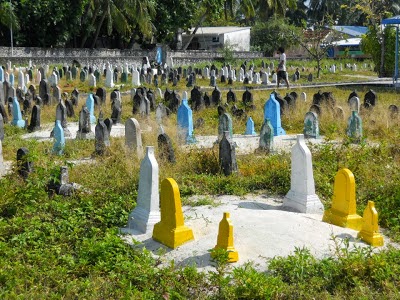 Today, I am forced to talk on this issue after seen an article on one of the news sites of Maldives. For me, I found it alarming. Indeed, for me it was a clear and loud warning of what this lovely nation may face tomorrow.

Extremism is not to be tolerated. No matter who it is, and on what base they are. Here in Maldives, I feel there are 3 major extremism which needs immediate and serious actions before things goes from bad to worse.

1- Religious extremism. Here there are two branches. Some are so much into religion that they are ready even to kill the rest who doesn't follow their very footsteps. Here let me share what a respected Islam teacher told me once. "In Maldives, we could categories religious activities into 4 levels. The first is the "Moderates" who represents most of the Sheikhs and other religious people who loves Islam and can tolerate others.  Second goes the "Salaf". Even they are moderate enough to live and follow the Islam without any issues. The "Super-salf" refuse the thinking of the earlier mentioned 2 and the last "Dots" both refuse the other 3 as well as do not accept them as part of their Muslim society members. Well, I don't know! I know one thing. There is extremism in Maldives in the name of Islam and it needs to be stopped.

2- Extremism in freedom. Well, you may question if I refuse freedom of expression when I myself am a blogger. Sure I do believe in freedom of expression. However, I also believe it must be within some limits. The line where my freedom of expression to express and another's freedom to live in peace should be very clear and must never be crossed.  Also, my freedom of expression, and me belonging to a nation that follows democracy (at least calls themselves a democracy, lol ) does not give me a ticket to be an atheist or whatever that is against Islam in this lovely nation. Well, I belong to this nation and I refuse to accept that we need to open to citizens to follow a religion of choice. My freedom also should not make me a drug addict as that has happened to majority of our youth. Such a freedom I'd rather call as extremism in freedom.


3- Political extremism. The black market for changing parties, the so called "hard core activists" activities of some members of various parties must be stopped. Well, they need to be rather told that their love to the party should be to a limit. When the party leader points at moon and says "such a huge sun" and if we still dare to say 'yes sir', and clap...something is very wrong. If you are ready to spend 10-12 hours win your party office and forgets about your job, family and other responsibilities, what else can I say to it? Sure it is extremism, and I bet it it high in Maldives. We hear people saying this fight happened with politics behind it, that murder was a political one etc.. I am sure you'd know better than me, the stories of some families getting to level of divorce just with arguments over politics. Well, that's crazy and that is extremism.


All the 3 issues I mentioned are problems that needs our attention. Problems that needs to be addressed. Sooner or later, we will suffer or our next generations will, if we fail to act today. For me, I just hear a loud and deafening bang that could come anytime. Going to be disastrous if we stay quiet waiting for the bang.